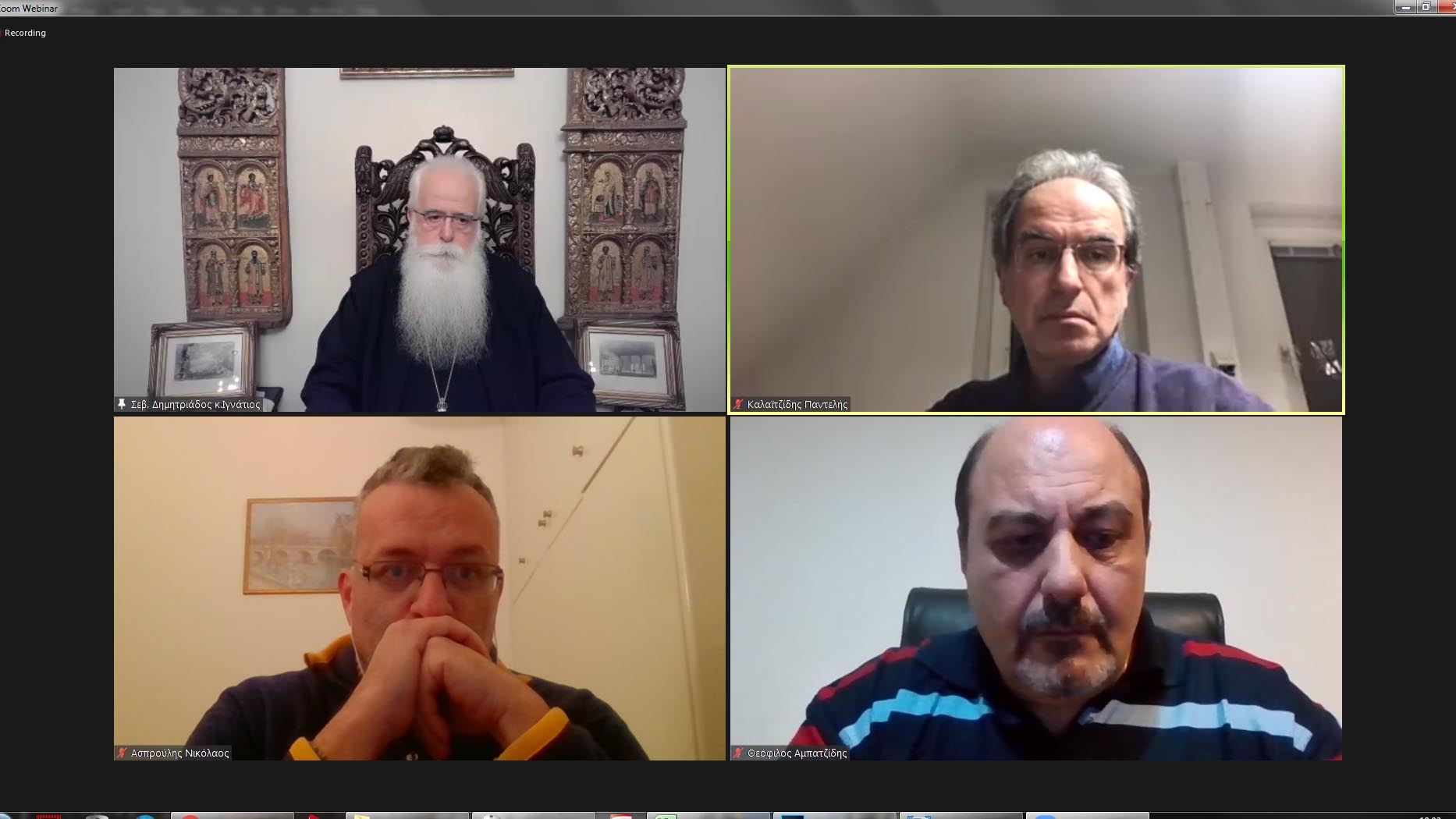 The second series of online lectures "Time for Action", which is implemented by Volos Academy for Theological Studies in the first half of 2022, began with the lecture of Dr. Theophilos Ambatzidis (Research Associate of Volos Academy), "The individualization of salvation and the issue of institution and charisma in the work of St Symeon the New Theologian". The lecture, which took place on the occasion of the millennium from the dormition of St Symeon (1022-2022), was given on Wednesday, January 26, 2022, online. The event was coordinated by the Deputy Director of the Academy, Dr. Nikolaos Asproulis.

After the greeting of His Eminence Ignatius, Metropolitan of Demetrias, the speaker Theophilos Ambatzidis presented a brief analysis of the conditions under which St Symeon lived and acted, and then proceeded to explore the deeper questions the Saint tried to confront with his corpus of writings. In an ardent critical approach, the presentation focused on the relationship of monasticism with the clergy in the turn of the first Christian millennium, the relationship among spiritual guidance, the sacrement of confession and the disclosure of logismoi, and the occasional misuse or even abuse of the influence of monasticism, but also the signs revealing the beginning of a spiritual renaissance in Byzantium at the turn of the millennium. Individualization, in this context, appears as a step forward, marking the significance of personal agency inside the whole, without cancelling, of course, the notion of universal salvation.

In the discussion that followed, questions were put forward concerning the significance of the work of St Symeon in the contemporary context, the capacity of this work to act in a renovating way today, the place of monasticism in today's world, and the understanding and function but also the misinterpretation of tradition, as well as the role of spiritual guidance. Questions were asked about the relationship of St Symeon with earlier and newer ecclesiastical writers, such as the pseudo-Dionysius the Areopagite and St Gregory Palamas. Closing the event, Metropolitan Ignatius stressed the need to combine ecclesiastical institutions with charismatic personalities, emphasizing that the relationship between the two has always been a delicate balance.

The lecture, along with the discussion that followed, has been posted on the YouTube channel of Volos Academy, while the text of Dr. Abatzidis's speech will be published on the blog of the Volos Academy.

The next lecture of the series "Time for Action" will take place on Wednesday, February 9; the speaker will be Rev. Dr. Graham McGeogh, Professor of Theology & Religious Sciences at the Faculdade Unida de Vitória, Brazil. The topic of the lecture will be "Russian émigré theology and Theology of Liberation in Latin America". 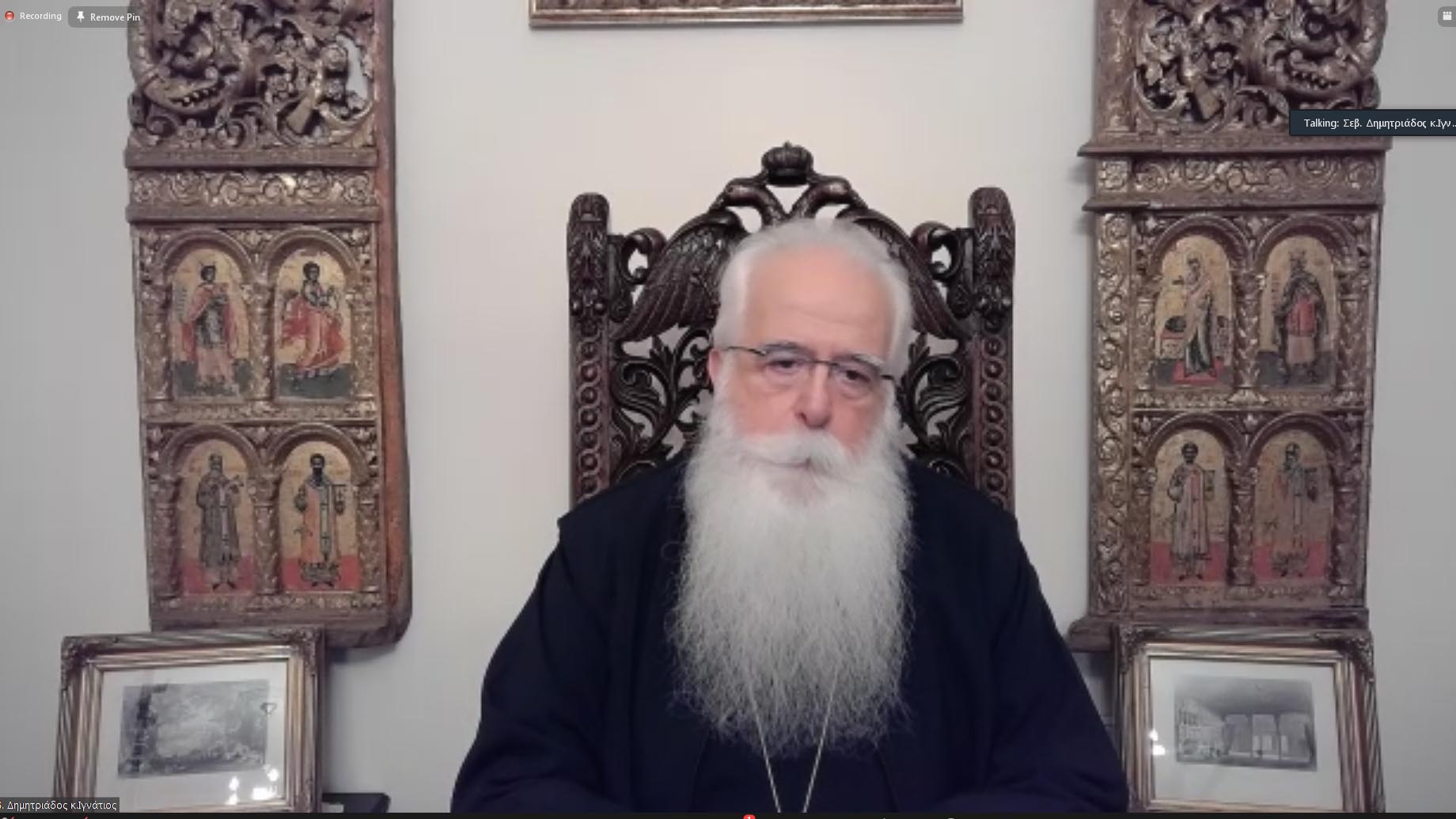 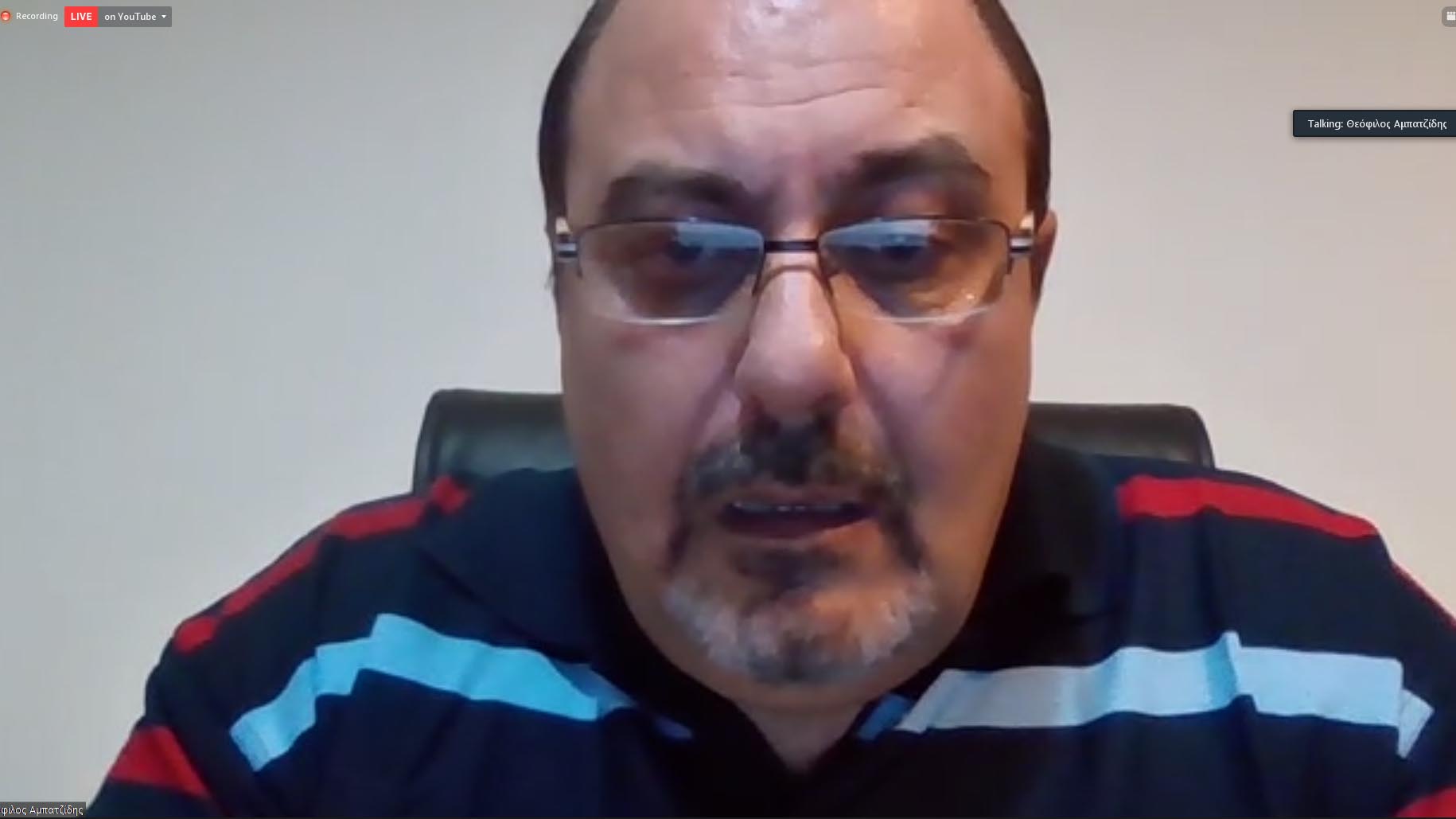 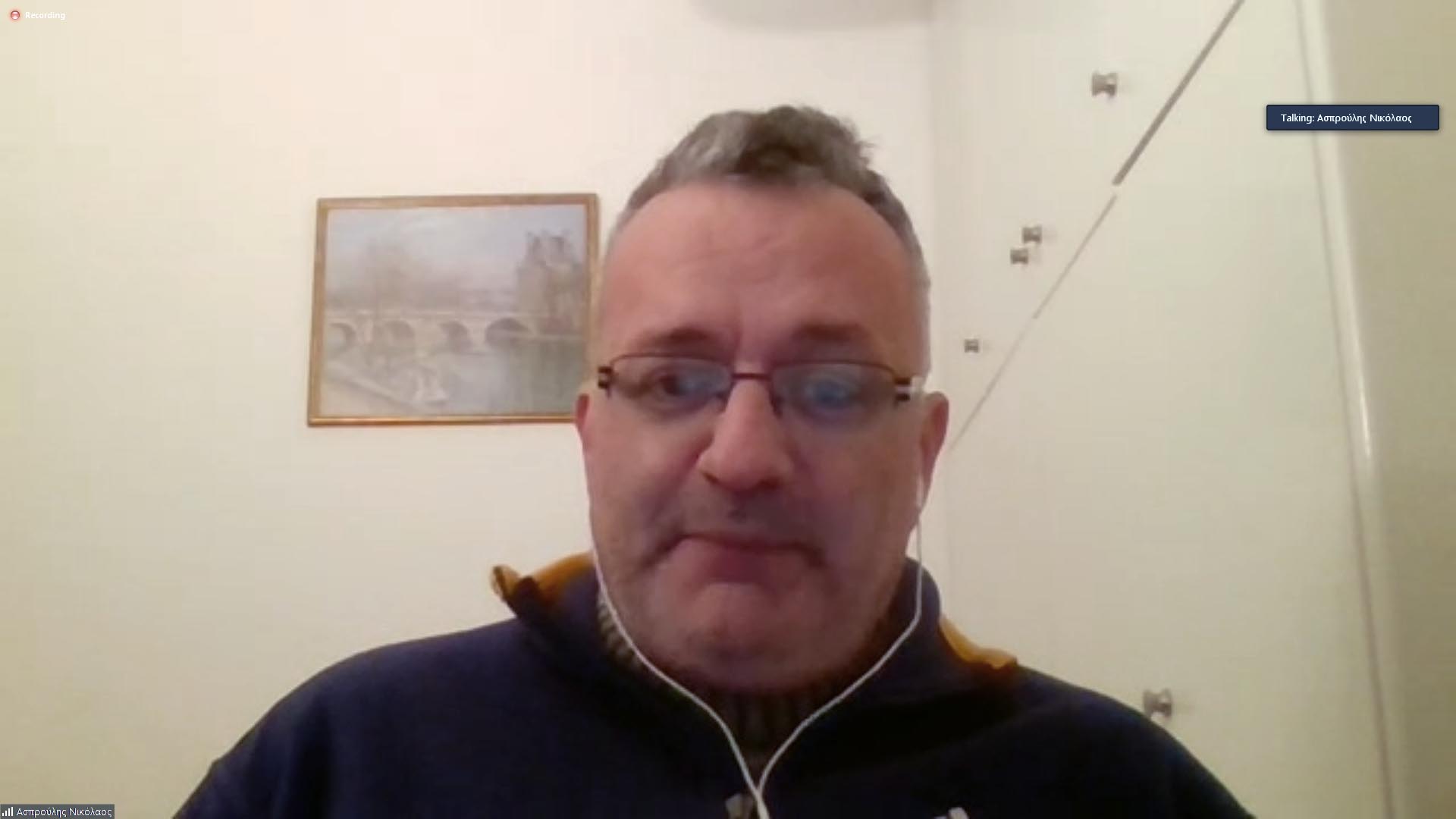 What is Christian politics? In...

International Conference ST. SYMEON THE NEW THEOLOGIAN: INTERDISCIPLINARY APPROACHES TO THE THEOLOGY OF THE LIGHT AND GRACE. May 26-29, 2022… Read More
© 2017 - 2022 acadimia.org