Volos Academy for Theological Studies at the Conference of the European Academy of Religion (Eu.A.Re.) 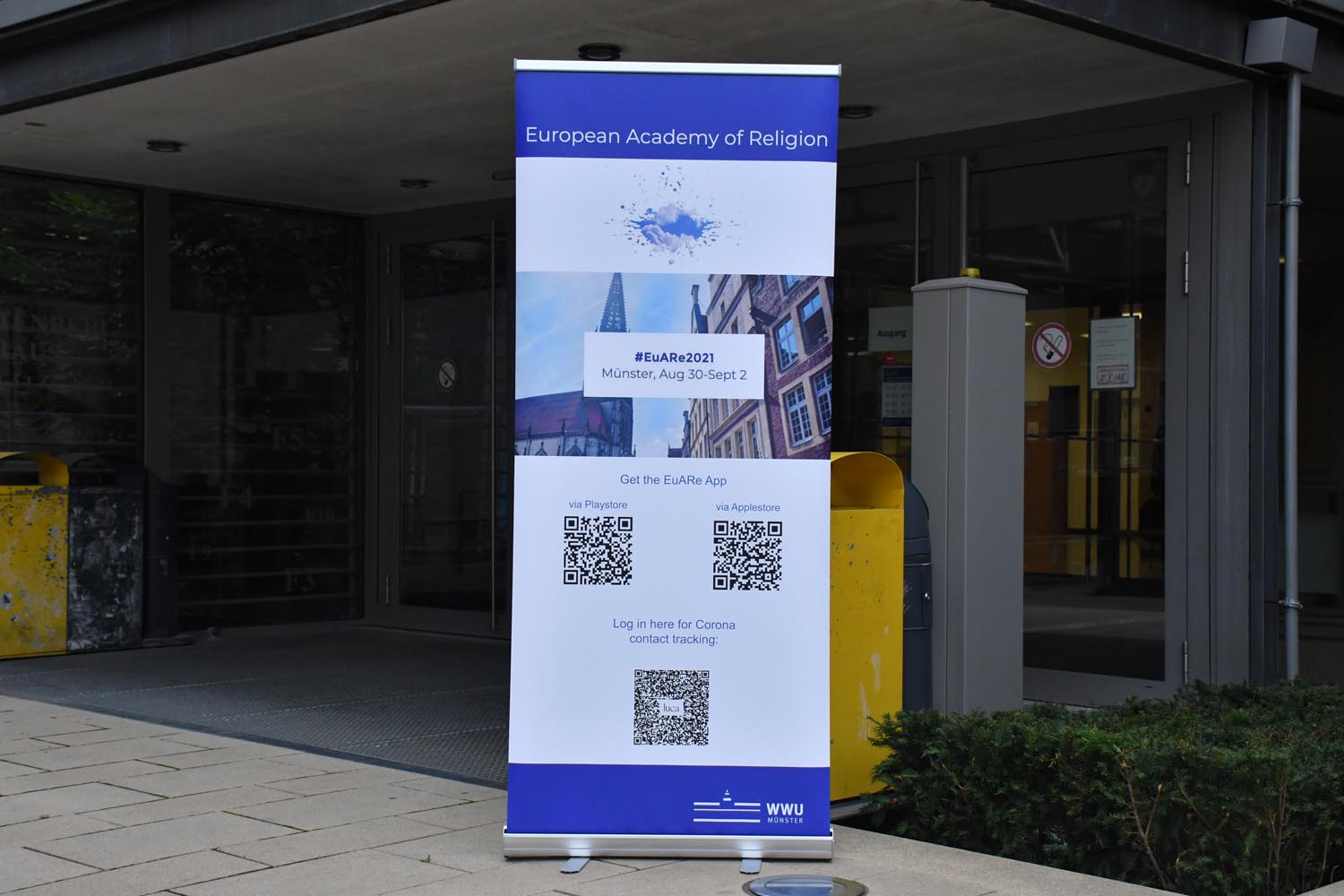 Volos Academy for Theological Studies
at the Conference of the European Academy of Religion (Eu.A.Re.)

The Conference of the European Academy of Religion (hereinafter, Eu.A.Re.) on “Religion and Change” was held in Münster, Germany, from August 29 to September 2, 2021, with approximately seven hundred registered delegates. The Conference was a hybrid one, both physical and digital, since the pandemic forced a large number of delegates to participate online. Volos Academy for Theological Studies, in addition to its permanent representation in Eu.A.Re., (the Director of the Academy, Pantelis Kalaitzidis, is a member of the Board of Trustees) participated in the Conference by organizing four sessions and taking part in one more. 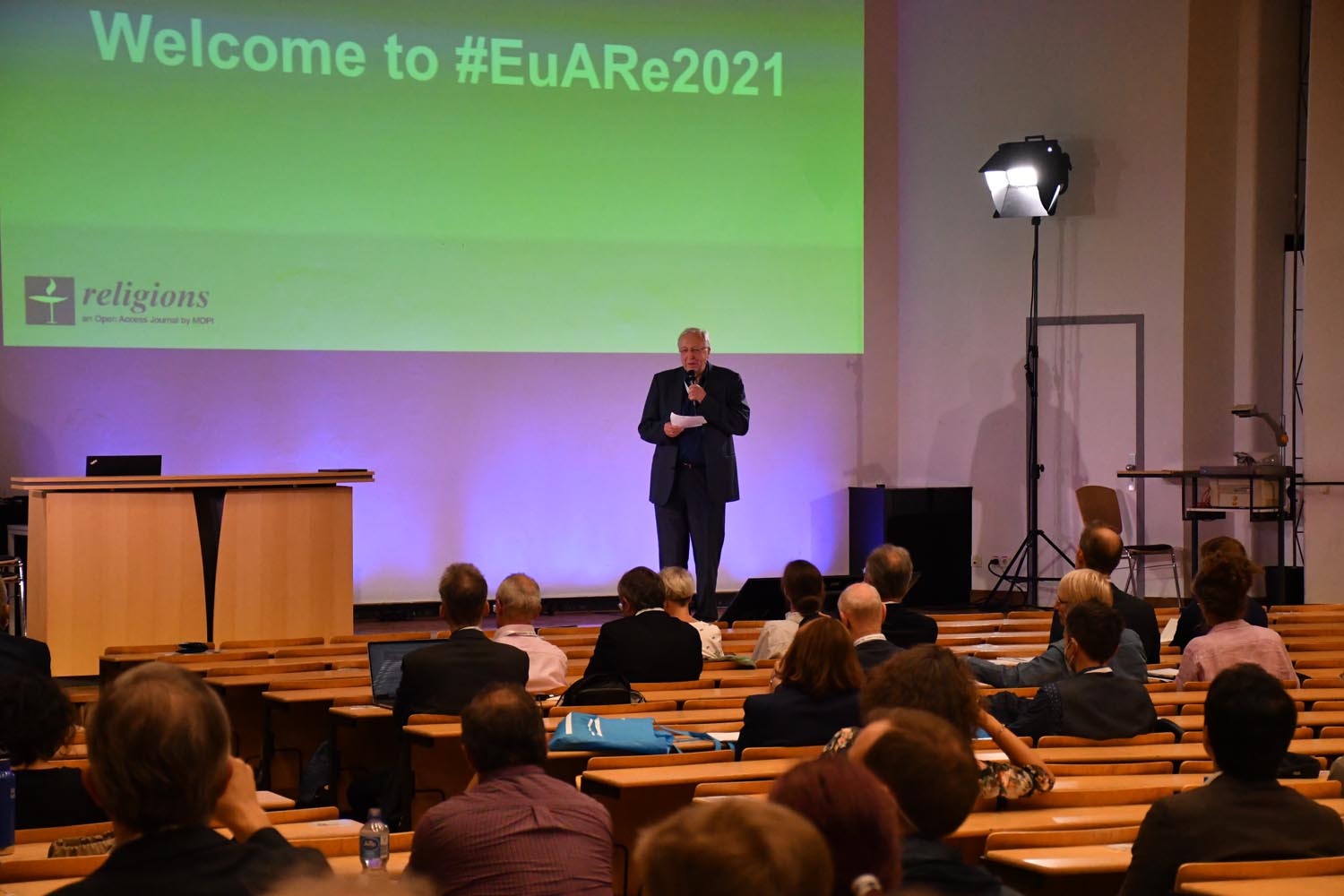 The first of the sessions organized by the Academy was “The reception of Georges Florovsky's legacy in the 20th century Orthodox theology”, moderated by the Deputy Director of the Academy, Nikolaos Asproulis. The speakers were Paul Gavrilyuk (University of St. Thomas, USA, and President of the International Orthodox Theological Federation (IOTA)) and Viorel Coman (KU Leuven, Belgium), who touched topics as the reception of Florovsky’s work among the Russian emigrant intellectuals in the West, but also as Florovsky’s ideas about the perennial character of Greek philosophy, sparking an interesting debate about the nationalism that lingers in such views, but also raising the question of whether the current tension between Constantinople and Moscow may ultimately reveal a theological difference. 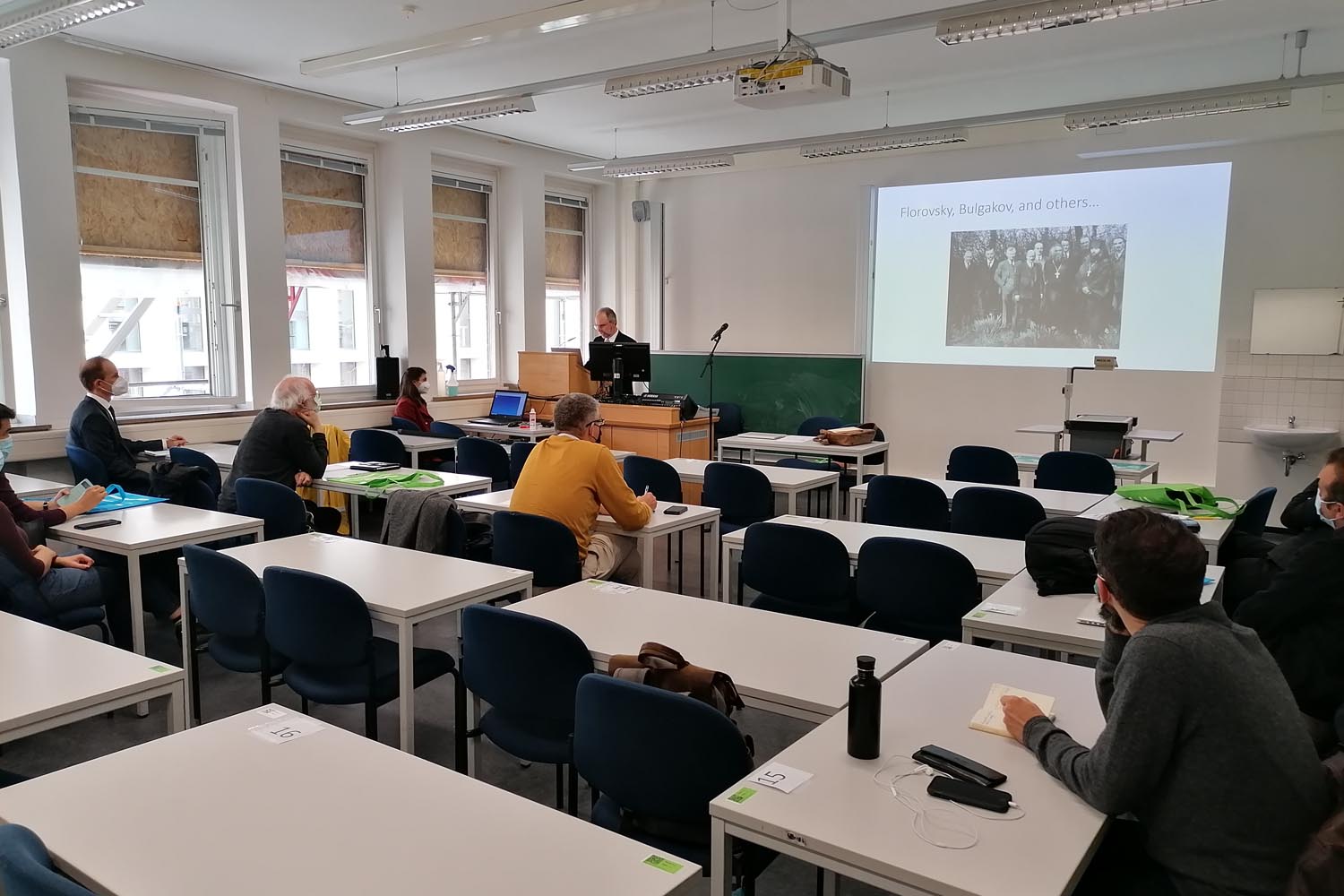 The session on the European “Resilience” program focused on more practical topics. It was again moderated by Nikolaos Asproulis, the speakers being Hans-Peter Grosshans (Professor at the University of Münster and President of the EuARe), Karla Boersma (Theological University of Apeldoorn, The Netherlands), Marco Büchler (Leipzig Institute of Applied Informatics, Germany) and also Paraskevi Arapoglou and Giannis Kaminis (Volos Academy for Theological Studies). In addition to the theoretical design, the practical details and the future goals discussed, of particular interest was Marco Büchler’s presentation, as he talked in depth about the possibilities but also the difficulties imposed by the hoarding of digital material and the way in which the enormous quantity of digital material changes the way it can be managed but also the understandings it allows. 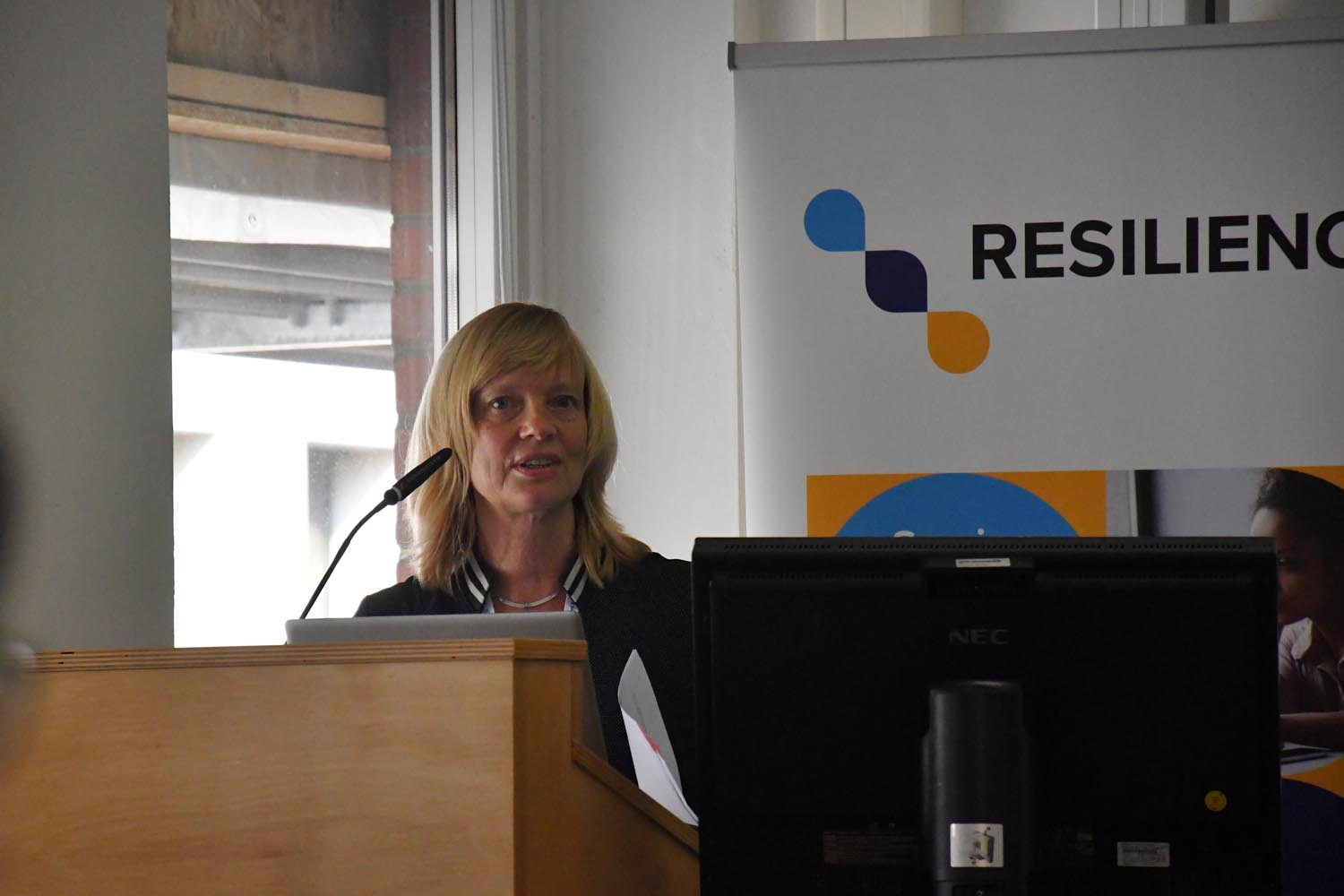 The session «Ecclesiastical Authority and Academic Freedom: An Uneasy Relationship» focused on a completely different topic. It was moderated by Elias Assaad Kattan, professor at the University of Münster, the speakers being Marco Vilotić (University of Belgrade, Serbia), Pantelis Kalaitzidis (Volos Academy for Theological Studies), Inga Leonova (The Wheel Magazine, New York, USA), Sveto Riboloff (Sofia University, Bulgaria) and Ionut Biliuta (Institute of Social Sciences, Romanian Academy). Recounting his personal adventures (the Serbian Church revoked his permission to teach at the University), Marko Vilotić questioned the right of the church hierarchy to intervene in academic work; this picture was supplemented with interesting details about the situation in Russia, Bulgaria and Romania on the one hand (where the Orthodox Churches went through a period of peculiar coexistence with the communist regimes, which, contrary to popular belief, did not always have the characteristics of persecution) and on the other hand Greece, where theological academic research developed in a secularized context, facing as well problems like stagnation or introversion. 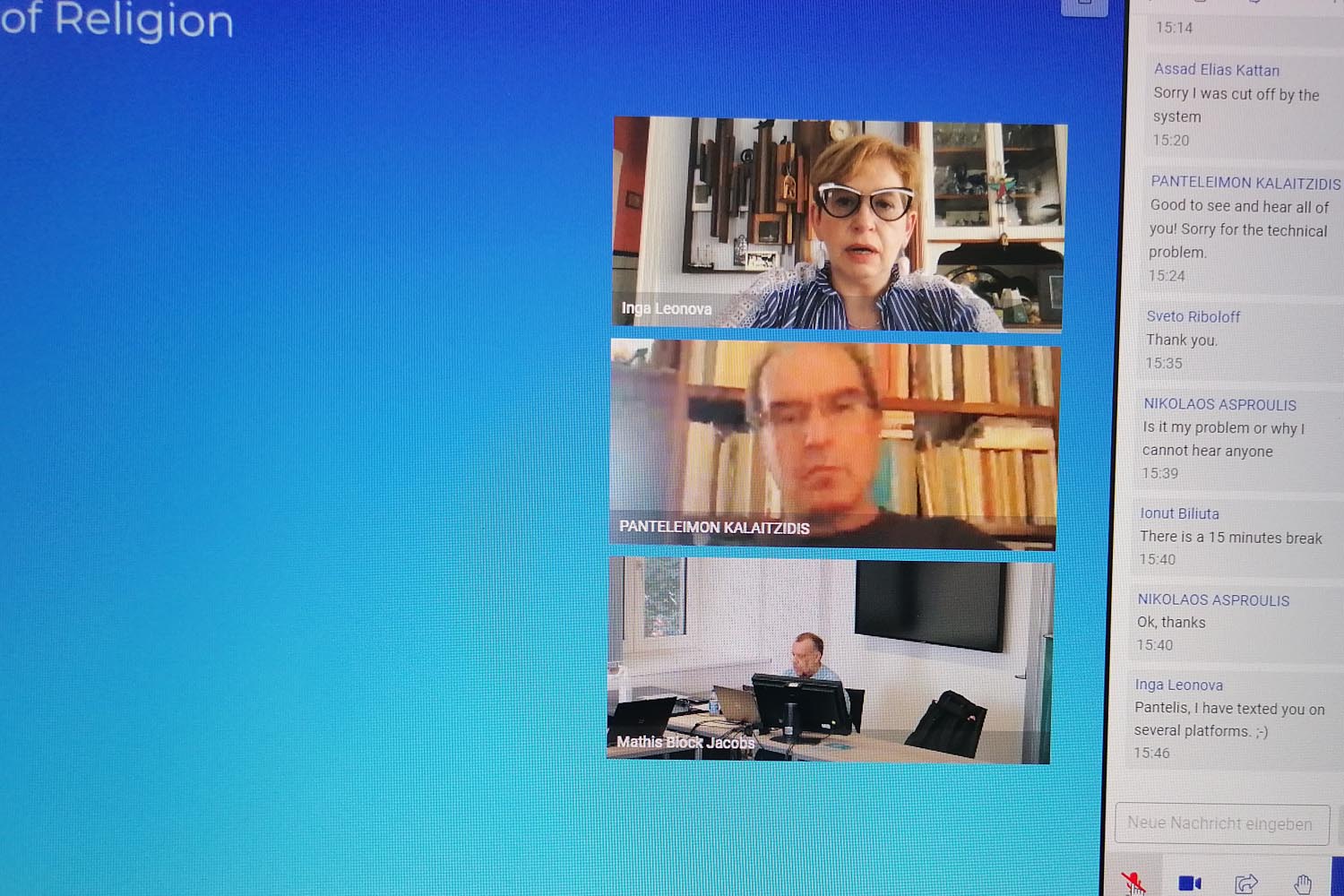 The fourth session of Volos Academy was dedicated to the prevention of violence, polarization and radicalization through religious education and in particular through the European multi-religious program Educ8. Speakers were Onur Sultan (Beyond the Horizon ISSG, Belgium), Elies van Noten and Leen Deflam (KU Leuven, Belgium) and also Nikos Tsirevelos, Christos Fradellos and Costis Drygianakis on behalf of Volos Academy. The panel focused on the philosophy and the goals of the design, the preparation of the relevant textbooks and the interactive multimedia, the educational and theological content but also the difficulties that arise in the implementation of the program, as not all European countries are equally multi-religious, while polarization is often cultivated as an element of national identity. A pleasant surprise at the end of the session was the intervention from a teacher in the audience, regarding similar efforts in Nairobi, Kenya. 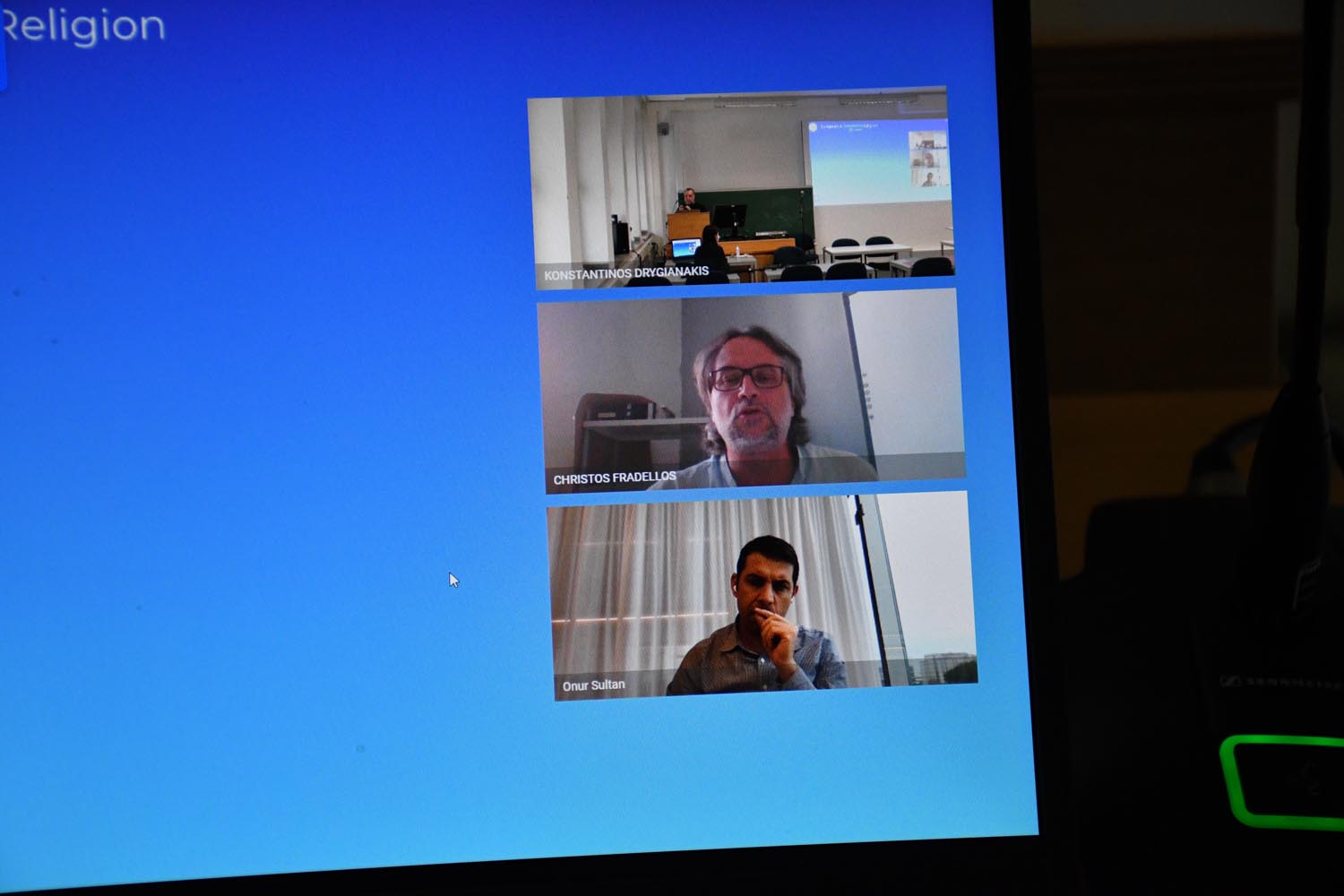 The session “Universal Authority in flux: Primacy, Catholicity and World Governance” was held at exactly the same time, chaired by Peter De Mey (KU Leuven, Belgium) with speakers Fáinche Ryan (Trinity College Dublin, Ireland), Rev. Dr. Amphilochios Miltos (Volos Academy for Theological Studies), Luc Forestier (Catholic Institute of Paris, France) and Pavlo Smytsnyuk (Ukrainian Catholic University, Lviv, Ukraine). The issue of authority was discussed in the context of the latest technological developments, globalization and “post-truth”, as well as the relationship between synodality and primacy and the technological reinforcement of the authority of the highest-ranking religious leaders. 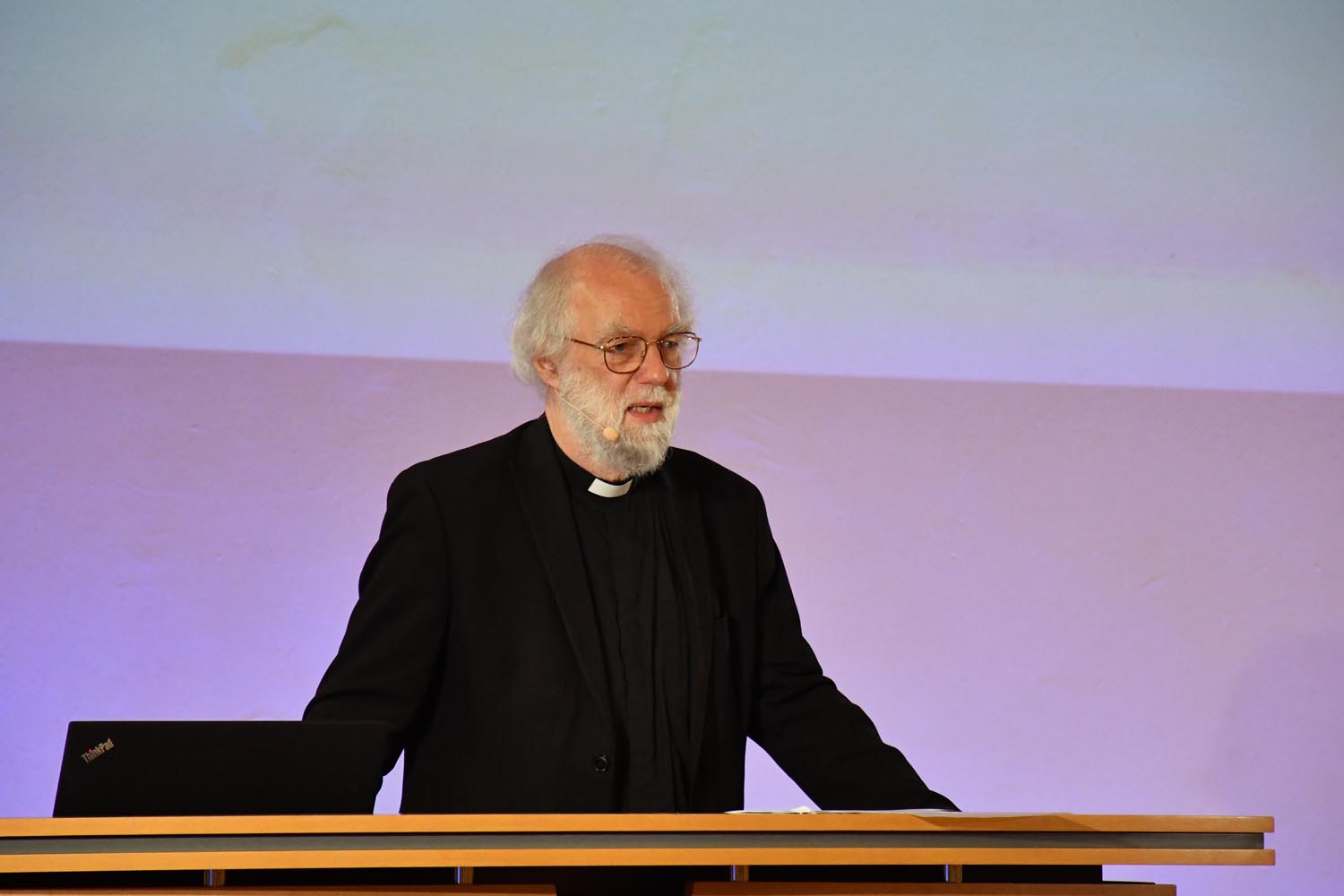 In general, the concept of change and transformation was predominant in the Congress, posed as a question in the official conference announcement: “Is the [religious] transcendent really beyond and without change?” The keynote speeches attempted to shed light on this issue from a variety of perspectives. The first of these, with Judith Wolfe (University of St. Andrew, Scotland) as speaker, was entitled “Reading the Signs of the Times: Theology and the Question of Progress” and attempted to relate concepts such as eschatology and progress, a concept which has a very specific character in the scientific context, with religious perceptions where time is often circular or even non-existing, while at the same time eschatology often deals with idealized constructions of the past. In the same vein was Professor Emeritus (Magdalene College, Cambridge, UK) and former Archbishop of Canterbury, His Eminence Rowan Williams, who spoke in detail about the common notions and mechanisms behind the construction of traditions, who tend to become objects of worship themselves, thus leading to cultural conflicts. 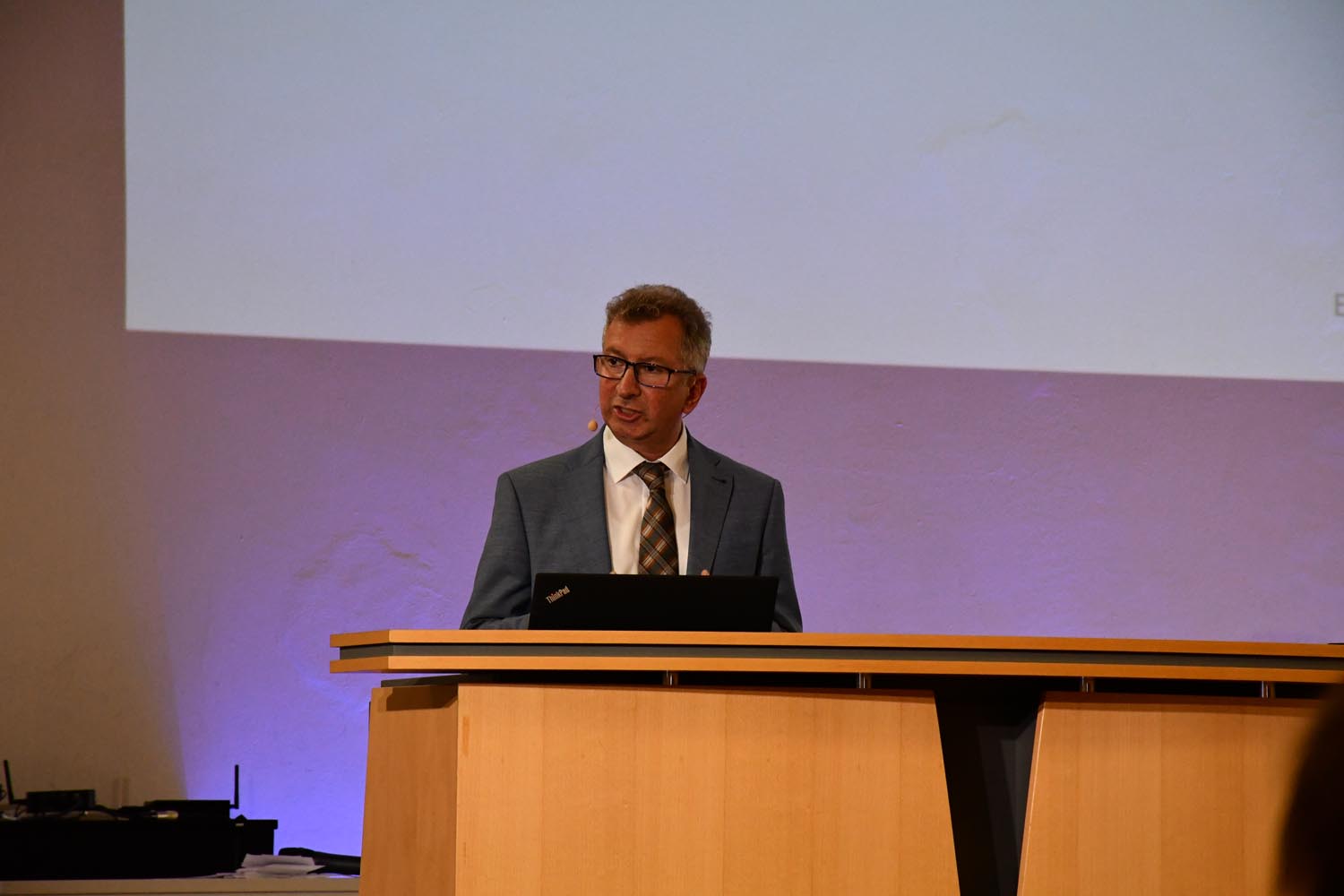 The psychology of religion and the relation between continuity and change (“Sameness though claiming adaptation or change by pretending continuity?”) were the subject of Vassilis Saroglou’s keynote speech (KU Leuven, Belgium) which raised the question of what religion is ultimately and whether the underlying changes lead us to new forms of religion. Religious understanding of concepts such as ecological crisis, gender identity and scientific rationalism -the pandemic providing lots of food for thought- was clear in all three speeches. Somehow different was the character of the fourth keynote lecture by Professor Guy G. Stroumsa (Jewish University of Jerusalem & Oxford University), delivered online, which was devoted to the history of conceptions and constructions of the East by European scholars in the field of religious studies. 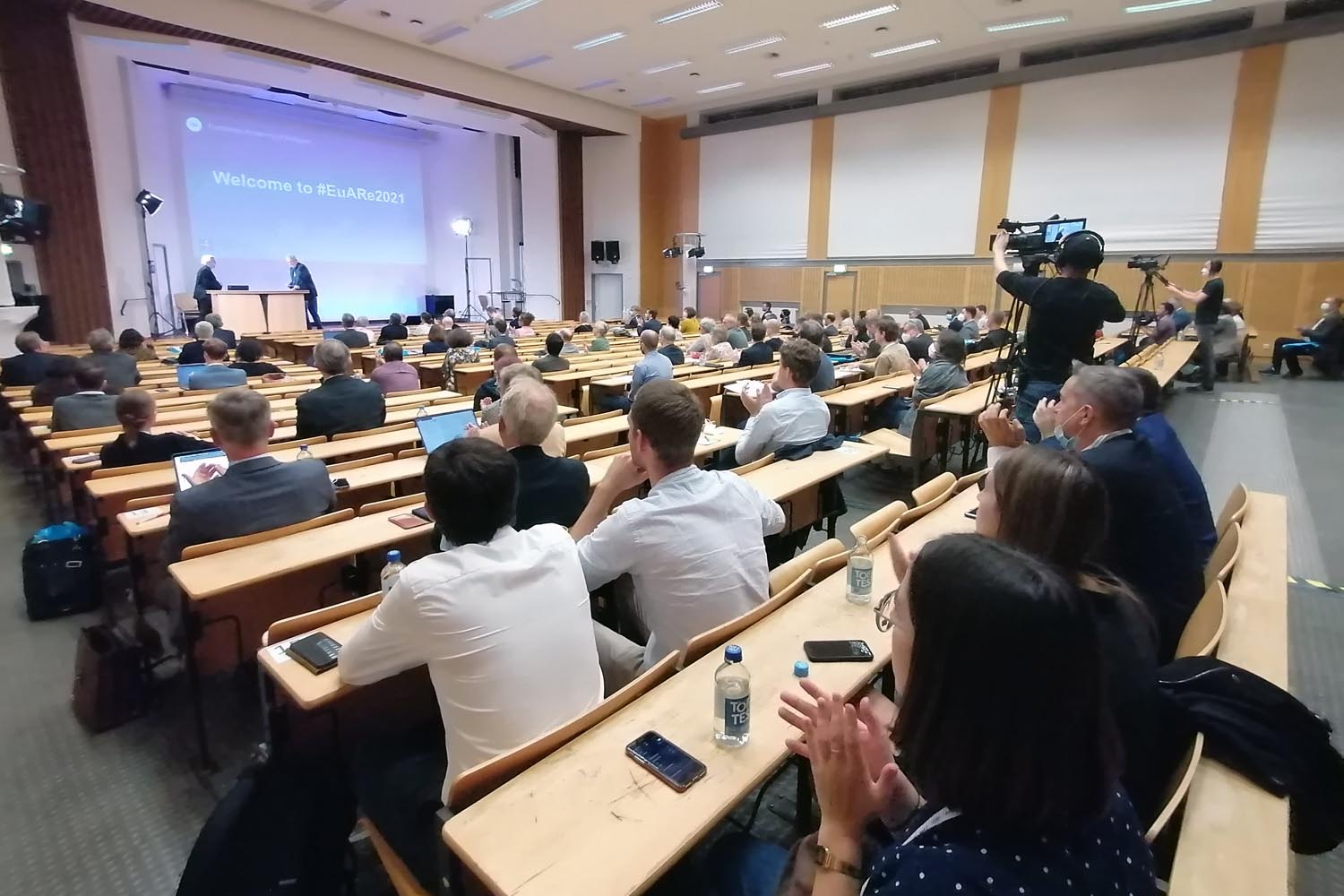 The next Eu.A.Re. meeting is scheduled for June 2022 in Bologna, Italy. Additional information can be found on the Eu.A.Re. website, https://www.europeanacademyofreligion.org/ 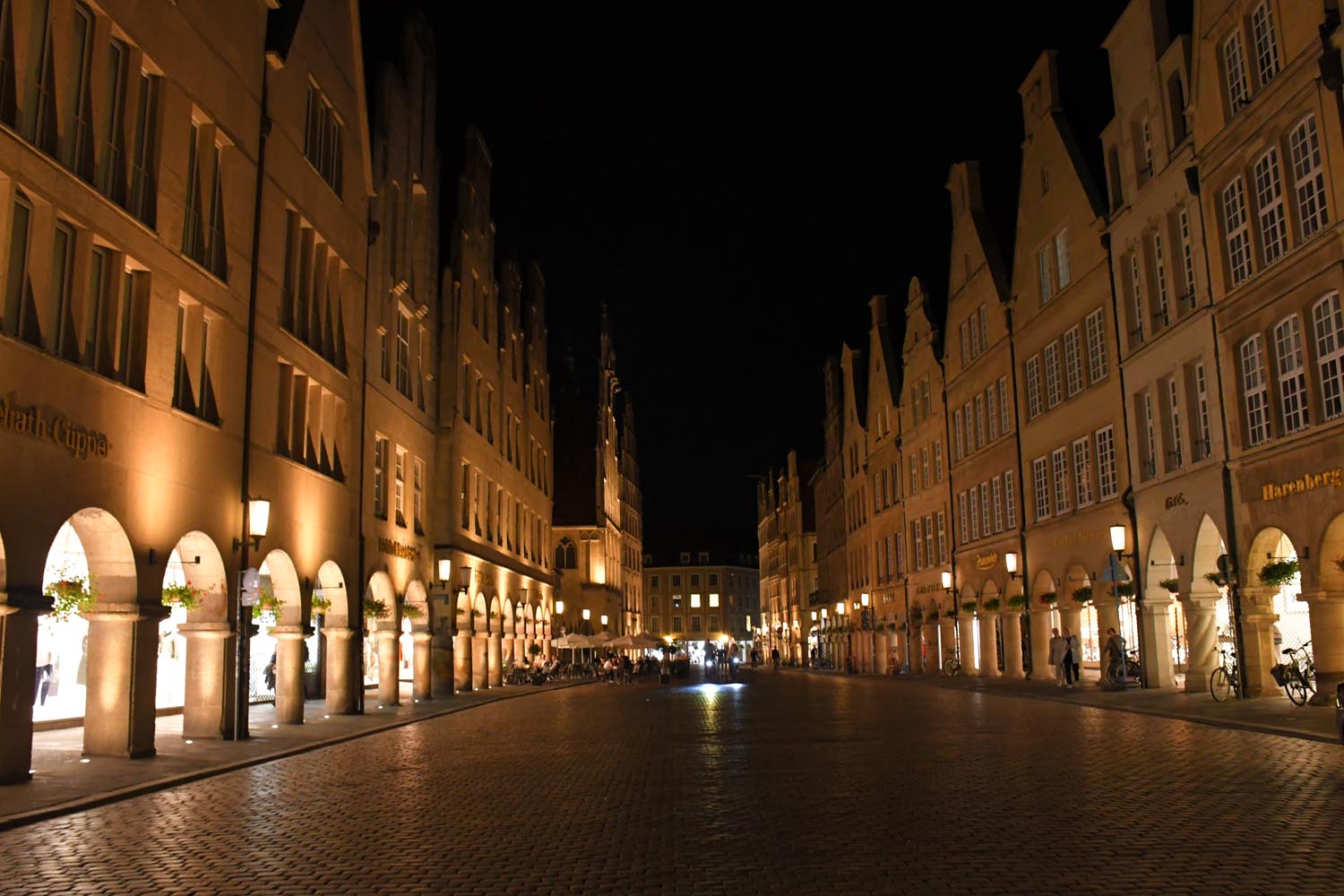 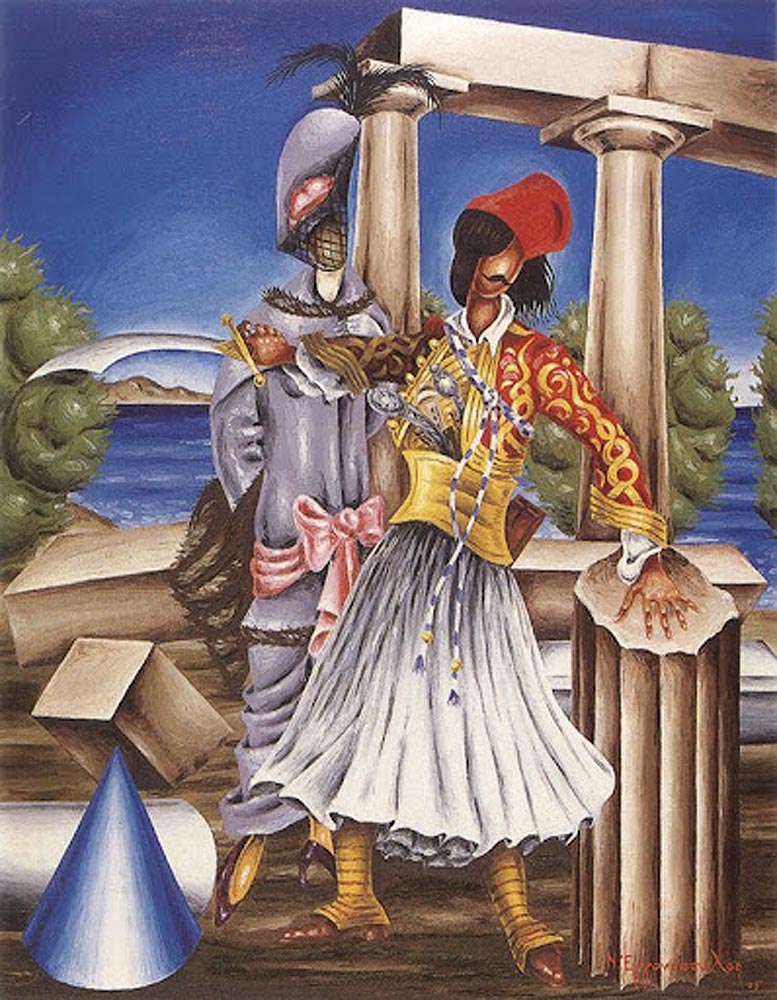