Conference completion: "Politics, Society and Culture in Orthodox Theology in a Global Age" 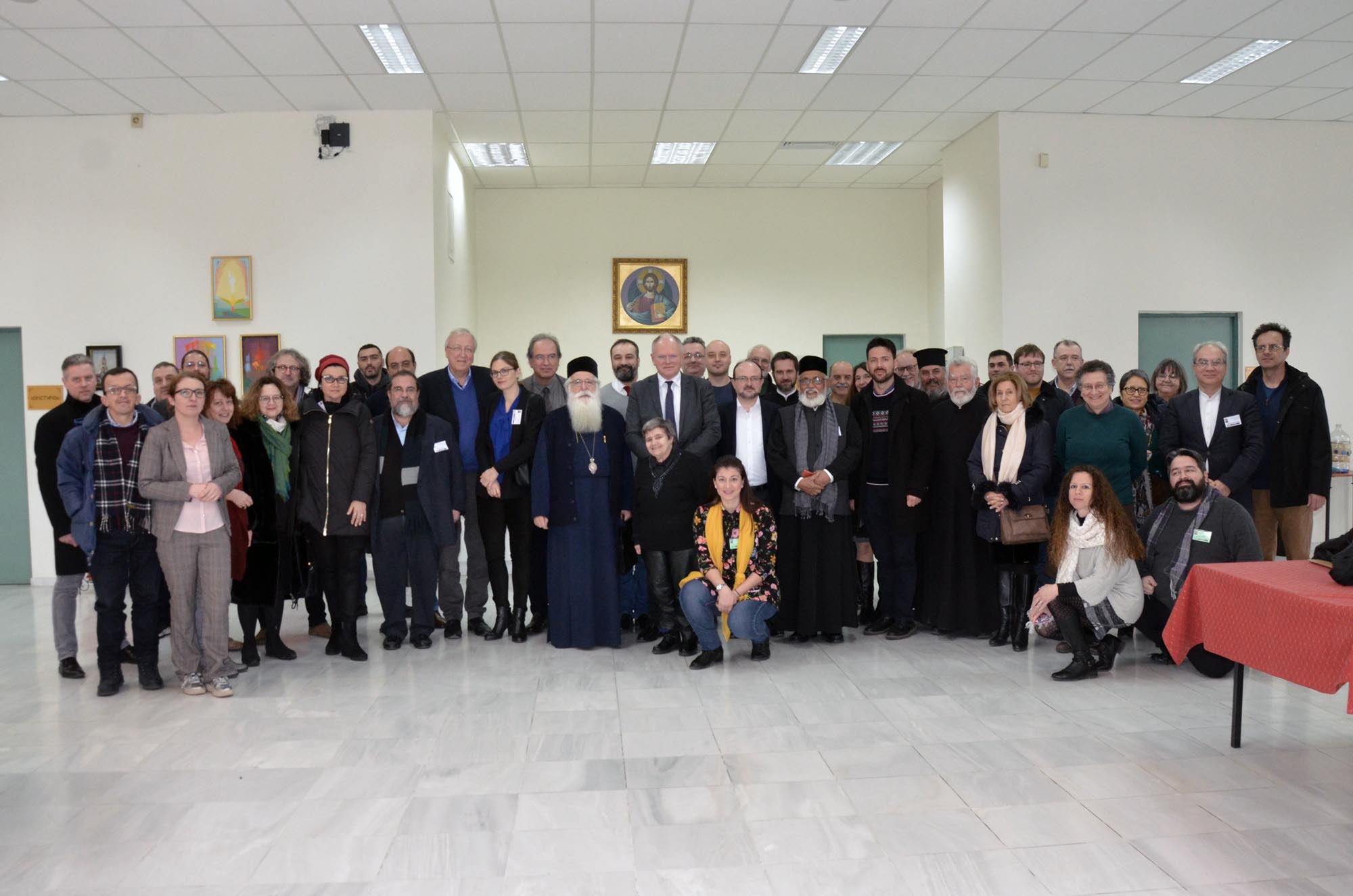 The Conference “Politics, Society and Culture in Orthodox Theology in a Global Age” took place in Volos, Greece, between February 6 and 9, 2020. The Conference was organized by the Volos Academy for Theological Studies, the Faculty of Evangelical Theology and the Cluster of Excellence “Politics and Religion” of the Muenster University (Germany), in collaboration with the Huffington Ecumenical Institute (California).

The Conference brought together 23 scholars from 15 countries, who discussed topics as the relationship between Orthodoxy and Democracy, modernity, nationalism, multiculturalism, migration and human rights, as well as problems that have been sprung up the last two centuries with the emergence of nation-states, causing peculiar forms of “ethno-theology”. The relationship of Orthodoxy with various models of governance (Byzantine Empire and “symphonia”, the Tsarist model, the Ottoman Empire, the Greek state after 1830, the European Union etc.) was also discussed, as well as the situation in Eastern European countries after the collapse of the Soviet system, including also some cases where Orthodoxy is not the dominant state religion, as in India or the Middle East. The particularities of the post-modern era, when the digital facilities brought forth new possibilities and gave birth to new problems, for both theological research and Christian spirituality, has also been a subject of concern. In addition, at the end of the morning session of Saturday, February 8th, there was a brief presentation of the European Program “Resilience”, a program aiming at the development of research infrastructures, implemented by twelve universities and research centers across Europe, with the participation of Volos Academy for Theological Studies, which is responsible for the corresponding field of Orthodox theology.

This year, Volos Academy for Theological Studies completes 20 years of existence. Since 2014, it is recognized by the Greek Ministry of Education as a Research Center. Its next public event will take place in Volos on Saturday, March 14th, and it will be an one-day conference devoted to the Greek theologian Amilkas Alivizatos (1887–1969), professor of Canonical Law in the University of Athens and a member of the Athens Academy (the National Academy of Greece), one of the forerunners of the Ecumenical Dialogue.

To read the inaugural address of the Director of Volos Academy for Theological Studies, Dr Pantelis Kalaitzidis, click here.

To read the greeting message of the His Eminence Metropolitan Ignatius of Demetrias, click here.

To read the detailed description (Report) of the Conference, click here.

To read the complete program, CV’s and abstracts of the Conference, click here.