Summer School in Dubrovnik on “Theology and Pluralism” 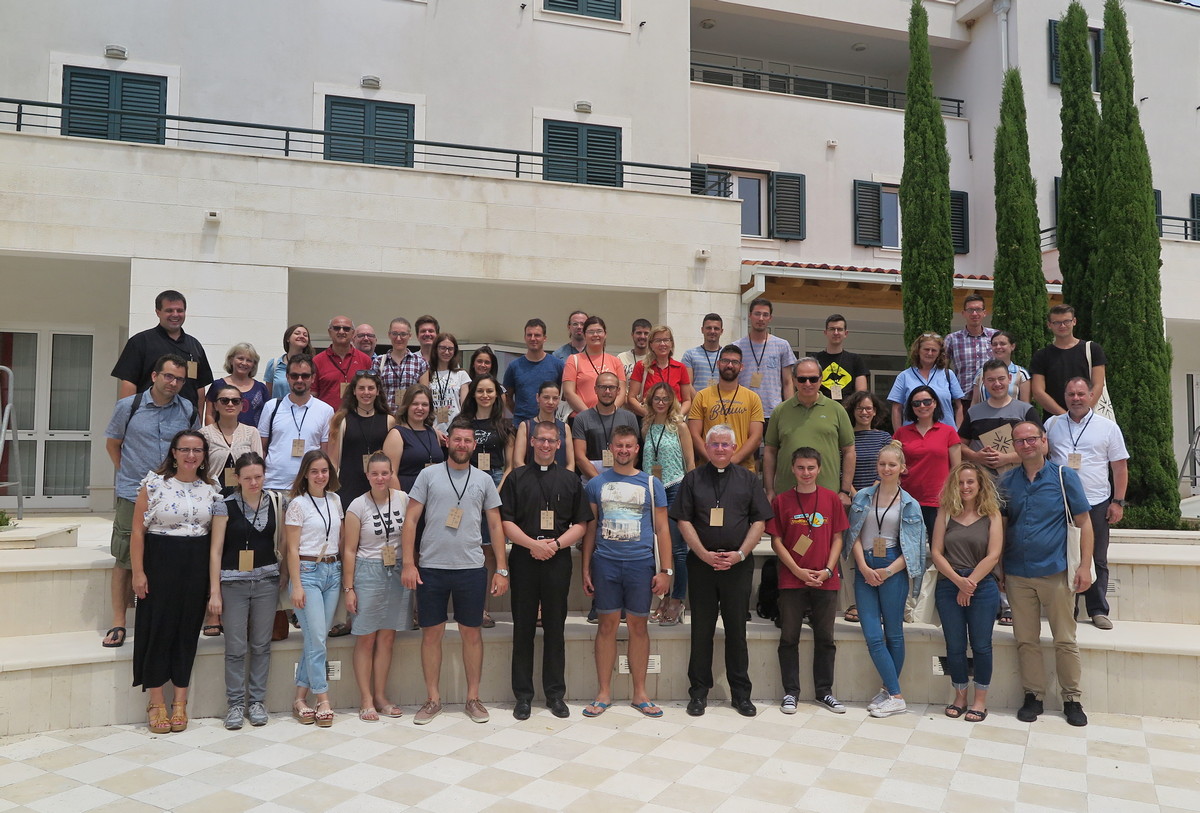 With the Participation of the Director of the Volos Academy

On July 15-19, 2019 the Summer School on “Theology and Pluralism” was held in the Roman Catholic Diocese of Dubrovnik, Croatia, in which took part some 40 Roman Catholic, Eastern Orthodox, and Protestant students and scholars, mainly (but not exclusively) from the former Yugoslavia. Scholars who taught at the Summer School included Tina Beattie, Professor of Catholic Studies at the Roehampton University in London (The Pluralisation of Social Roles, Women and Catholic Theology); Carmelo Dotolo, Dean of the Faculty of Missiology of the Pontifical Urbaniana University in Rome (The Authenticity of Theology in Plural Societies); and Pantelis Kalaitzidis, Director of the Volos Academy for Theological Studies (Orthodoxy, Pluralism and Otherness).

In addition to their workshops, the professors of the Summer School gave also lectures on timely theological topics related to the issue of pluralism (Tina Beattie, Women and Interreligious Dialogue/Women, Faith and Peacebuilding; Pantelis Kalaitzidis, Orthodoxy and Nationalism: Baptismal and Ethnocultural Community; Carmelo Dotolo, The Future of Christianity). A lecture was also delivered by Željko Tanjić, Rector of the Croatian Catholic University in Zagreb ( Pluralism in Transitional Societies – the Challenge for Theology and the Church ).

As part of the Summer School a public panel on the general topic “Theology and Pluralism” was organized on the evening of July 16 in the old city of Dubrovnik, which drawn attention of the media, and was attended by the local Roman Catholic Bishop Msgr. Mate Uzinić, the Serbian Orthodox Bishop of Zahumlje, Herzegovina and the Littoral Dimitrije Rađenović (from the neighboring Trebinje), Roman Catholic and Orthodox priests, professors and students from the Summer School, and people from Dubrovnik. The panellists (Carmelo Dotolo, Tina Beattie, Željko Tanjić, and Pantelis Kalaitzidis) discussed issues such as theology and history, unity and diversity, the marginalization of women in the Church, the dialectics of authority (magisterium) and freedom of theological research, ethno-religious conflicts and the instrumentalization of faith for political and national purposes, the challenge of multicultural societies and the secularization of traditional Christian societies, globalization and social injustice, the refugee crisis, the future of Europe, and more. At the end of the panel, the lecturers answered questions from the audience, and the whole panel took place in English with a translation into Croatian. The panel was moderated by Mrs. Bruna Velčić, from the Pontifical Biblical Institute in Rome.

In his teaching and public interventions Dr. Pantelis Kalaitzidis insisted on the Orthodox contribution towards a theology of otherness and personhood, mainly articulated by Metropolitan John D. Zizioulas, as well as the participation of the Orthodox from the beginning in the Ecumenical movement, and in the interreligious dialogues. He furthermore spoke about the rich experience of the Orthodox who have lived for centuries in multicultural and multi-ethnic settings, and who are the only having experience of living together with or under Islam. He also reminded the tragic experience that the Orthodox Churches have endured through the centuries due to occupations and wars, while he sharply criticised their nationalist turn and the adoption by those Churches of the national cause and narratives, to the point to be

identified with their respective states, and to face difficulties to adapt to the new reality of the pluralistic societies.

The Dubrovnik Summer School of Theology offered a creative framework of dialogue and exchange, and encouraged the students and the participants to deepen their theological reflection, and the ecumenical awareness. It was greatly supported by the Roman Catholic Bishop of Dubrovnik Mgrs. Mate Uzunić (who attended all the lectures and panels), and by his Vicaire Fr. Hrvoje Katušić.