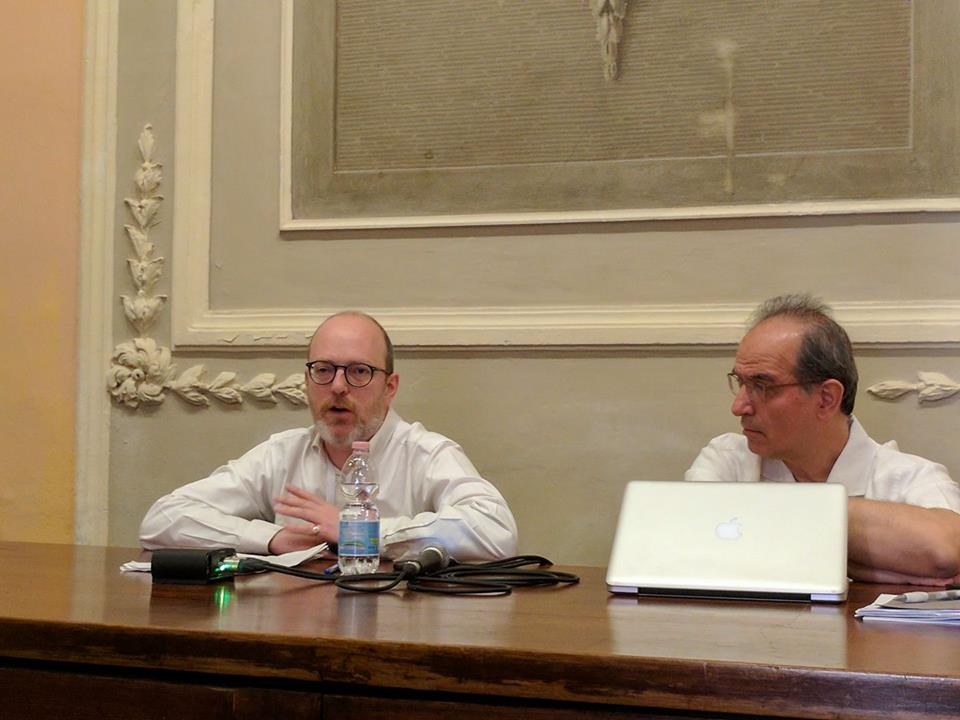 On June 18-22, 2017, the “Ex Nihilo,” Zero Conference of the European Academy of Religion was successfully held in Bologna (Italy). The conference aimed at launching this new academic initiative, under the high patronage of the European Commission, which seek, in view of the first convention to be held next March 2018, to test the role of the Academy as a research platform and as a network of networks. Hosted by the Fondazione per le scienze religiose Giovanni XXIII, the conference was joined by more than 1000 University Professors, theologians, philosophers, and scholars studying different aspects of the religious phenomenon in Europe, who during the various topical panels and lectures, presented the results of their research.

The Volos Academy for Theological Studies participated in the conference by organizing or co-organizing three separate panels.

In the first, held on June 19, 2017 on the general theme: “The Eastern Orthodox Holy and Great Synod of Crete (2016) and Western Christianity”, panelists included: Rev. Dr. Cyril Hovorun, Assistant Professor at Loyola University, Marymount (USA), who focused on nationalism and the way it has been addressed by the Synod of Crete and the Synod of Constantinople (1872); Dr. Peter De Mey, Professor of Systematic Theology of the Catholic University of Leuven (Belgium), who provided a critical comparison on the way the Synod of Crete and the Vatican II were convened; Dr. Svet Ribolov, Associate Professor of the School of Theology, of the University of Sofia (Bulgaria), discussed the geopolitical dimensions of the Synod of Crete, while Dr. Brandon Gallaher, Lecturer of Systematic Theology of the Exeter University (UK), referred to various aspects of the proceedings of the Synod by virtue of his personal experience as member of its Communication team. Finally, Dr. Pantelis Kalaitzidis, Director of the Volos Academy for Theological Studies, Lecturer at the Hellenic Open University and Research Fellow of the Catholic University of Leuven (Belgium), dealt with the pending issues and the future challenges after the convention of the Synod of Crete (Primacy and Synodality, Diaspora and Nationalism, Anthropological issues, Orthodoxy and Modernity, Orthodoxy and Science, Political Theology, the Move of Christianity from the North to the Global South, and more),. The seminar was co-organized in cooperation with the School of Theology and Religious Studies of the Exeter University.

The second seminar was held on June 19, 2017, on the general theme: “Constructing Identities in Ancient Oriental Christianity: Coptic, Syriac-Orthodox and Armenian Communities in Early Middle Ages.” The seminar panelists included: Dr. Nikos Kouremenos, Post-Doctorial Fellow of the Hebrew University of Jerusalem and Academic Associate of the Volos Academy for Theological Studies, who discussed the case of the Coptic Christian Communities. Dr. Bishara Ebeid, Lecturer of the Pontifical Oriental Institute of Rome (Italy), referred to the case of the Syriac-Orthodox Communities, while Dr. Konstantinos Takirtakoglou spoke about the Armenian communities. All the panelists tried to highlight the factors which contributed to the identity (both ethnic and religious) construction of these communities.

The third and last seminar, held on June 20, 2017, under the general theme: “Catholic Ressourcement and Orthodox Neo-Patristic Movement in Dialogue: Actors, Themes and Ecumenical Implications”, was co-organized by the Catholic University of Leuven (Belgium), the School of Theology and Religious Studies of the Exeter University (UK),  the Fondazione per le Science religiose “Giovanni XXIII” (Italy), and the Volos Academy for Theological Studies. Panelists included: Dr. Ivana Noble, Professor of Ecumenical Theology, Protestant Theological Faculty of the Charles University (Prague, Czech Republic), who referred to the ecumenical vision of the late Fr. Lev Gillet, while Dr. Viorel Coman, Post-Doctoral Fellow of the Catholic University of Leuven (Belgium) dealt with the ecclesiology of Nikos Nissiotis and Paul Evdokimov, taking as his starting point the person of the Virgin Mary in parallel with evident common aspects in various thinkers of Nouvelle Théologie. Carlotta Giametta, PhD Candidate of Ecumenical Studies, at the Fondazione per le Scienze religiose “Giovanni XXIII” (Italy), presented a critical study of Yves Congar’s early ecclesiological sources. Georgios Vlantis, Director of the Council of the Christian Churches in Bavaria and Academic Associate of the Volos Academy for Theological Studies, discussed the relationship between theology and philosophy in Nikos Nissiotis’ thought. Finally, Dr. Nikolaos Asproulis, Deputy Director of the Volos Academy for Theological Studies critically overviewed the encounter between Jean Daniélou and Russian émigré (G. Florovsky, etc.) and Greek theologians (P. Nellas, etc.) of the 60s.

Moreover the Director and the Academic Associates of the Volos Academy for Theological Studies were invited to participate in one more seminar, held on June 21, 2017 on the female diaconate in Christian tradition. In the presentation, drafted by all the members of the Volos Academy and read by Dr. Kouremenos, a brief historical overview of the topic was provided, while particular focus was given to the contemporary challenges and prospects opened by the reinstating of the female diaconate by the Greek-Orthodox Patriarchate of Alexandria.

During the General Assembly held on June 21, 2017 and after the vote and approval of the statutes and the members of the provisory Executive Committee, which will prepare the convention of the March 2018 conference, Dr. Pantelis Kalaitzidis, Director of the Volos Academy for Theological Studies, was elected as member of the Executive Committee, being thus its only Orthodox member.

For more information about the European Academy of Religion, the program and the participants of the conference, please visit its official website: https://www.europeanacademyofreligion.org/ 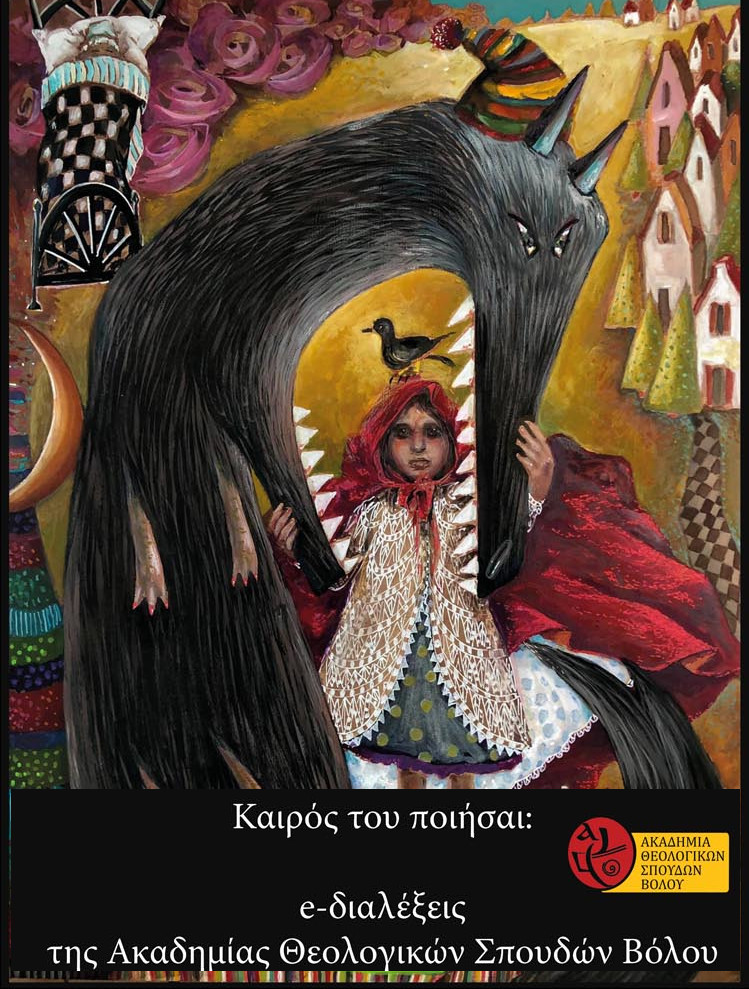 Τaking into account the special conditions caused by the coronavirus pandemic, Volos Academy for Theological Studies is pleased to announce… Read More
© 2017 - 2021 acadimia.org