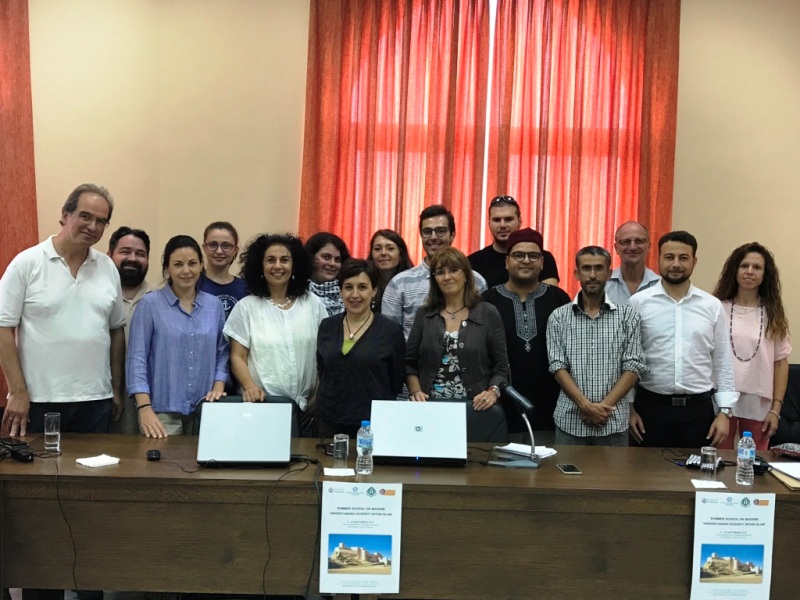 On September 3-10, a Summer School on “Ibadism. Understanding diversity within Islam” was successfully held in Volos, Greece, by the Department of Inter-religious Studies of Volos Academy for Theological Studies, in cooperation with the School of Theology of Aristotle University of Thessaloniki, the University of Naples “L’Orientale,” and the College of Islamic Law of Oman The Summer School explored the fundamentals of Islam and Ibadism in its historical, juridical, literary, religious and anthropological prospects. After decades in which secular views of politics and social relations have dominated the public sphere in Western countries as well as in many countries in Africa and the Middle East, we are currently witnessing a growing presence of religious discourses. Religion seems to play an increasingly prominent role in defining identities, binding communities, filling inter-social gaps, healing experiences of marginality, shaping notions of citizenship, and in negotiating rights.

Moving from this complex and often conflicting landscape, this Summer School discussed the essentials of Ibadism that stands out as an important element of Islam, and its pacifistic dimension, within the framework of North Africa and Middle East historical and geo-political context.

Οn September 8, Sheikh Ziyad Al Mawali (College of Islamic Law, Muscat), gave a very interesting and useful lecture on theKulliyat al-Shari‘a , titled The College of Islamic Law in Oman, focusing in particular on the on-line e-learning undergraduate program which is successfully addressed to a global environment with more than 4,000 e-students and with many benefits.

The lectures were followed by a lively discussion and by a workshop in which the students analysed and discussed with the professors the readings related to the lecture’s topic, which have been distributed in advance. Short texts in Arabic and Berber have been discussed as well.

The Summer School covered issues related to the scientific studies on Ibadism and its rich literary and manuscript tradition. Contemporary debates on peace and understanding through religions and the ways to overcome stereotypes and religious fundamentalism was also discussed through a critical approach.

The Summer School proved the importance of the studies on Ibadism within the general framework of Islamic studies . Indeed, a thorough analysis of Ibadi material may add a new dimension not only to the image of the movement but to the whole history of Islam. Moreover, new ideas and methodologies can come out from the exchanges of idea and experiences among scholars (young and senior) working on different fields.

Students were coming from countries like Italy, Tunisia, Algeria, France, Oman, Greece. The students’ presentations focused on the following topics:An Analysis of the Oriental Berber Dialects in Libya;An overview on the Berber Oasis of Siwa (Egypt);Maghrebian Ibadism in the Middle Ages; Berber Ibadi Nationalism in the Colonial North Africa; Contesting Spaces: Ibadis in M’zab from an anthropological perspective ; The Question of Umma and Religious Sectarianism in Islam;Ibadi Doctrine in Contemporary Djerba;Balkans and Mystical Traditions in Islam. The case of Riffai; Muslim Communities in the city of Athens.

Finally, many useful suggestions were made as far as the topics to be dealt with in the future Summer School on Ibadism are concerned. In particular the topics suggested are as following: Methodological approach to studies on Ibadism from different prospects; Contemporary Ibadism especially in Oman and East Africa; Epistemology of Ibadi sources; Ibadism and globalization (how Ibadis do react to globalization); Sufi Mysticism and Eastern Orthodox Hesychasm, and more.

The Summer School concluded with a visit of the professors and the students to a well-known sacred place of Christianity, the Orthodox monastic complex of Meteora, in Kalambaka, Thessaly, Central Greece.