Series of lectures will take place in Volos, Thessaloniki and Athens by Dr. Susan 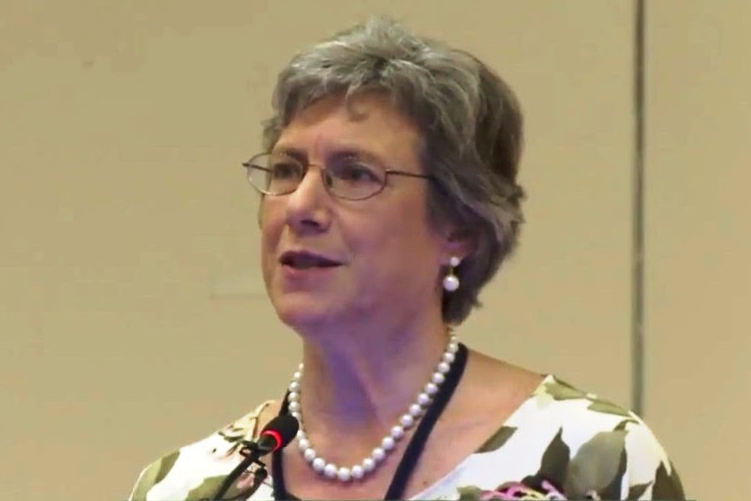 Dr. Susan Ashbrook Harvey, Professor at the Brown University (USA) will give a series of lectures in Volos, Thessaloniki and Athens (Greece), invited by the Volos Academy for Theological Studies (Volos, Greece), under the topic: “Voices of the Liturgy: Gender and Performance in the early Byzantine Church”. In this public lecture, drawing particularly on the hymns of St. Ephrem the Syrian and St. Romanos the Melodist, and on the homilies of Greek and Syrian Fathers, she will explore the active role gender and generally the lay people played during the performance of the divine worship.
Professor Susan Ashbrook Harvey will give her lecture in Volos on Wednesday, May, 3rd  2017, at the Forum conference center, while the same event will be repeated on May, 4th  at the Museum of Byzantine Culture in Thessaloniki (in collaboration with the Department of Pastoral Theology of the Aristotle University of Thessaloniki and the Institute for Patristic Studies) and on May 8th in Athens, at the National Hellenic Research Foundation (in collaboration with the Program “Orality and Performance in Byzantium” of the National Hellenic Research Foundation).
The lecture will be given in English with parallel translation in Greek with free and open admission to the public.
The lectures are generously sponsored by the Orthodox Philanthropic Foundation, Virginia Farah Foundation.

Susan Ashbrook Harvey is the Willard Prescott and Annie McClelland Smith Professor of Religious Studies, and the Royce Family Professor of Teaching Excellence, at Brown University.  She specializes in Syriac studies, early Christian history, and Christianity of the Byzantine and Syriac traditions, particularly with respect to women.  She has received honorary doctorates from Grinnell College (Iowa), the University of Bern (Switzerland), and Lund University (Sweden), and is a past-President of the Orthodox Theological Society in America, and of the North American Patristic Society.
A recipient of numerous awards and fellowships, Professor Harvey has published widely in academic venues on women in ancient Christianity, monasticism, the cult of saints, hagiography, and early Christian hymnography.  She is the author of Song and Memory: Biblical Women in Syriac Tradition (2010), Scenting Salvation:  Ancient Christianity and the Olfactory Imagination (2006), and co-author with Sebastian P. Brock of Holy Women of the Syrian Orient (1987;  1998).